How much does it cost to develop an app?

Mobile apps constantly support us in our everyday lives with a wide range of functions. The development is expensive. We tell you how expensive it is to develop an app and what cheaper alternatives there are.

How expensive is it to create an app?

When you hire an app developer, it is a very individual service, because the app should be customized to your specific needs. That’s why there is no flat rate for developing a mobile app. Instead, app costs vary widely and depend on a number of factors:

First, let’s break down the different application types for you and give basic app development costs.

Regardless of the application type, the development of an app usually takes place in different project stages.

First, a concept is developed that defines what functions the app should offer and how it should look in detail. At this stage, consultation meetings are already held with app developers, who in turn provide initial estimates of app development costs.

The more advanced your concept is, the lower the costs will be at the beginning of the project. So you should start thinking in detail about the target group, functions and release date early on.

Costs in the planning and conception phase can range from $0 to $5.000.

With regard to design, a differentiation is made between user interface (UI) and user experience (UX). Creating an attractive design is crucial for the success of an app. While pre-made templates exist, they often reach their limits and offer fewer options for customizing an app according to a company’s corporate brand.

The design of an app should be created by a professional graphic designer. This person earns between $70 and $130 per hour. For a UX designer, you will have to pay an additional average of $105 per hour. App agencies usually charge daily rates between $700 and $1300. In total, you will pay between $2.000 and $25.000 for a custom app design.

Once the concept and design have been established, the actual work begins with programming. This is the most time-consuming and cost-intensive part of app development. The cost of programming depends on the range of functions and the operating system. Most apps are developed for both the Android and iOS operating systems. This results in a higher effort than with only one target platform.

The costs for programming range from $5.000 to $150.000. In the case of an extensive app, which for example require several interfaces and are very interactive, several $100.000 can also be needed.

However, a distinction must be made here according to app technology. Native Apps, i.e. mobile apps in the classic sense, are programmed individually for each operating system and are therefore correspondingly expensive. Native Apps can access specific device functions such as camera or GPS and enable the use of certain functions even offline.

Web Apps or Progressive Web Apps (PWA) are websites with features of a Native App. They are significantly less expensive to develop than Native Apps. A Hybrid App is a mix of Native App and Web App. A uniform code is used for all operating systems, which makes development cheaper than for Native Apps. In terms of performance, Hybrid Apps cannot keep up with Native Apps, which means that the user experience suffers.

The final phase of app development is publishing. Classic apps are distributed via Apple’s App Store or the Google Play Store for Android. This requires descriptive texts and screenshots in various resolutions. There is also a one-time or annual fee. For Apple, this amounts to $99 for private providers or $299 for companies, while Google only charges a one-time fee of $25 for Android.

Once an app is published to the App Store, the initial development process is over, but maintenance and development costs continue. Software libraries must be kept current and bugs discovered after release must be fixed. In the first year after release, you should expect to pay 10-20% of the order amount for maintenance costs.

How many people develop an app?

Another cost-determining factor is the number of people working on the app development. For smaller apps, a single developer is often sufficient; for more extensive apps, it is more likely that an entire team of at least three people will work on a project. In this case, developer costs of $100.000 are not uncommon. A developer team can consist of the following members:

How to reduce costs in app development?

App development is an expensive affair. If you are on a tight budget, there are several ways to reduce costs in app development:

App maker as an alternative

The easiest way to save money on app development is to use an app maker. An app maker offers numerous use cases with low budgets.

An app maker is a tool that makes certain programming language instructions accessible through a graphical user interface. Users can select pre-built actions and put them together using drag-and-drop. Using color palettes, an app can even be designed in terms of a company’s branding. An app maker is intuitive to use and does the coding for you. So, with a few simple clicks, you can create a Native App that is specifically designed to meet your needs.

Open as App gives you the option of automatic app creation using a no-code platform – with minimal effort. All you need is your information in a spreadsheet. Our software identifies data from spreadsheets and databases and automatically converts it into a smart app. Calculations are transferred directly and do not need to be rebuilt. Dashboards, tables and surveys can also be imported automatically without any additional coding.

The advantages of Open as App:

The traditional way of app creation is cost and resource intensive. In comparison, using Open as App is significantly less expensive. With Open as App, you even have the option to create a first version for free. Learn more about our plans here. 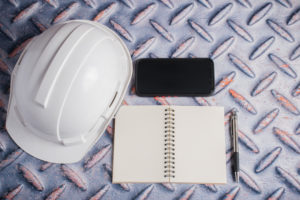 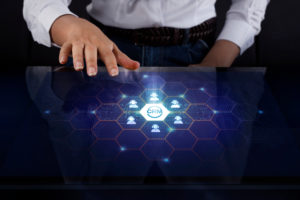